About the Birmingham Taekwondo Club
The Birmingham Taekwondo club was established in Birmingham over 30 years ago. Over those years many hundreds of students have trained at the club with many going on to obtain their Black Belts and establish their own clubs throughout the country. The club has also had many students compete in various competitions (both Taekwondo and all styles of Martial Arts) throughout the years and all over the globe, and can boast British, European and World Champions. The club currently has students of all ages (ranging from 5 years old to people in their late 50’s), genders and abilities, including various family groups.
The club is part of the TAGB (Taekwondo Association of Great Britain), one of the largest Martial Arts organisations not only in the UK but also Europe. It has well over 30,000 members training in over 400 clubs throughout the country.

The TAGB is also part of the BTC (British Taekwondo Council) and also TI (Taekwondo International), a global organisation set-up several years ago for Taekwondo organisations throughout different countries to come together to help promote Taekwondo worldwide. 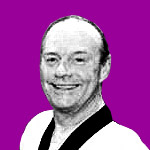 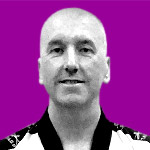 Master McGrath has been training in Taekwondo for over 25 years and has been an instructor for over 15 years. Before this he studied for several years in Wado Ryu Karate.

All Birmingham Taekwondo Club instructors have to undertake intensive training and pass various tests in order to become a fully qualified Taekwondo instructor. As well as this, they are regularly DBS (Disclosure and Barring Service, formally known as CRB) checked, are First Aid trained, and have full public indemnity insurance.